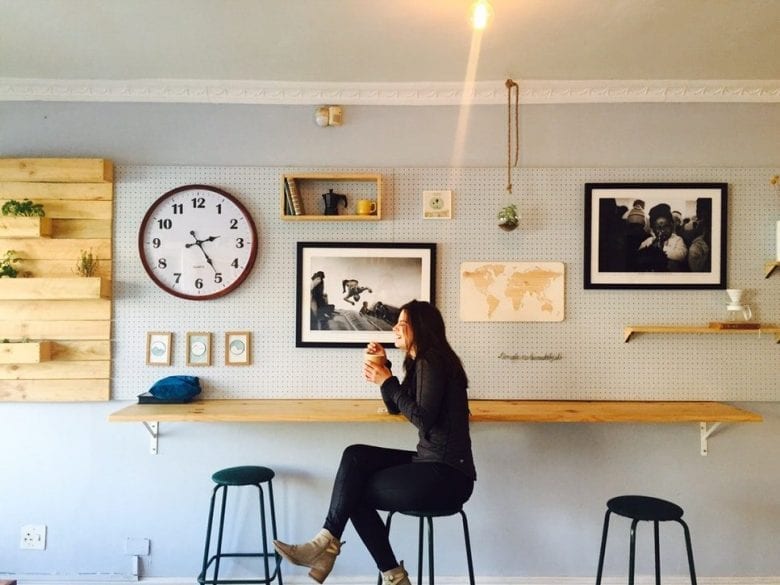 Why I Have An All Woman Development Team

May 8, 2018
Blog - Tech, Blog FeatureComments Off on Why I Have An All Woman Development Team

A MIGHTY TEAM// When I set out to build an online brand management and website development team, there was one thing I wanted to do different…something totally crazy:  provide a work schedule and environment that is reality based for women.  What would that look like?  And when I tell people that I have an all woman team how do I answer the question, “why?” In order to understand the why, one has to look at the circumstances surrounding a woman working.

I wish I had a wife!

Let’s face it, most women are either in charge of kids, or in charge of the care of a family member, or both.  A staggering 80% of women become mothers.  Kids get sick.  Schools have bizarre random days off in the middle of the week and 2-3 whole months in the summer!  Elderly parents need to go to doctor’s appointments across town during work hours.  How can someone manage to work and be a caretaker at the same time?  In fact, as I write this, I have one of those cuties home right now, and I had to clear my day of several important meetings.  I am fortunate that I can do that, and I designed my work life so that I can.  The enforcement by most businesses of a work schedule that pretends that there are no children or dependent family members has kept women out of the workforce, and from advancing their careers.  This is especially true in lower paying jobs where employers are even less flexible, and the risk of being fired for missing work to tend to a sick child is very real and happens all the time.

Until a person has actually been blessed with one of these miniature, lovable, adorable schedule destroyers, one can not understand the impossibility of a child who suddenly needs care and a job that requires you be there.  If you are lucky enough to have a wife who covers for you while you shower, put on your work clothes, and slip out the door unscathed…you might also have difficulty conceptualizing that women usually don’t have wives to cover for them…unless they are lucky and they actually do, and I imagine a fierce debate over which wife gets to slip out the door apologetically.  I know that I would sneak out a second story window to win that one.

HIRE OUR ALL WOMAN DEV TEAM

“Unattended Children Will Be Given An Espresso, A Free Puppy, And A Random Possibly Psycho Babysitter”

I have a dear single friend who was having a birthday dinner party one night.  My partner was on his way home to watch the kids while I went out.  He was stuck in traffic, so was late getting home, which made me late leaving for the party.  Consequently I was late for the dinner.  She was angry at me, and said that if it was important to me, I would have made it on time.  I was stumped.  Was I supposed to leave my kids home alone?  They were still little!  My choices were 1:  leave the children alone, which is illegal and stupid, or 2.  wait until my partner came home to take care of them.  Obviously I chose option 2, which I was wasn’t supposed to according to my friend, but I know she also didn’t expect me to leave my kids alone, so then what?  What?  It may be a surprise to anyone who has not had to find one, that babysitters do not just appear at a moment’s notice or float down with an umbrella.  Depending upon where you live, they may need to be scheduled days in advance.  In the workplace environment, the expectation is that the employer does not need to consider how childcare fits into a worker’s schedule.  This is another nail in the coffin of careers for mothers.  This has also been one of the emerging nightmares of digital scheduling that businesses like Starbucks have begun to use, calling on their employees to show up with less than a day’s notice for a two hour shift.  Maybe those fancy digital schedules could also conjure up a babysitter too, that you know isn’t going to stab your children to death in the bathtub.  Yes, it happens, which is another reason why it isn’t so easy to find someone you trust to watch your children, especially at a moment’s notice.  This presents an impossible situation for a mother trying to feed her children.  Did you know that nearly 70% of women with young children are working?

MEET SOME OF OUR AMAZING CLIENTS!

That’s right.  And do you know what that does to an individual who experiences this?  It makes them feel sh*tty…no, like they have been sh*t ON.  Sexual harassment is a power play.  It is a power-move to show, “I have power over you”.  And they are right.  They do.  If they didn’t, this type of harassment wouldn’t exist.  This type of power-move crosses the line from professional into physical, and more than that, it is an expression of power over one’s personal physical being.  It is disgusting.  Women are reduced to whatever the hell men want to reduce them to (o.k. there is a tiny tiny percentage of women who do this).  So when someone does this powerplay on you, it is a hundred things.  It is disappointing, disgusting, diminishing, and worst of all, demoting, as in you will be demoted if you say anything or even if you don’t say anything.

When I got my first professional job at a law firm in San Francisco, one day in the stairwell between floors, a co-worker snuck up behind me and started tickling me on my waist.  Because I was on a couple of steps higher than me, his head was right by my behind.  He did it twice.  I was embarrassed and confused.  I pretended like it didn’t happen.  I avoided bumping in to him in the office.  I felt helpless, and unsure what to do.  You see, I couldn’t tell anyone because he was the HR director.  He is the person I would have told.

There can be 99 nice guys, but one jerk doing this to your female employees creates an epidemic of rot in the workplace.  Your business will experience lost ambition, lost creativity, anger, disgust, and frankly, you lose out because women are not going to work at their full potential, and if they can afford it, they are not going to stick around.  These men are a disease to your business.  Now that the #MeToo movement has happened, you have no excuse to feign ignorance, or to hope that it isn’t a big deal.  It is.  When the book “Lean In” came out, I couldn’t read it.  Even the title pissed me off.  The idea that women just need to try a little harder is so insane.  Women work hard.  They do ask for raises and are told no, they win accounts but don’t get promoted, they earn big money for their employers but are passed over for higher salaries.  To say that we just aren’t leaning in, that seemed too much like blaming the person injured by a speeding car.  When this whole #metoo thing happened, it blew that whole idea out of the water.  You see it isn’t women holding themselves back.  It never was.  It has been the system holding women back.  The same for any other minority.  They are working damn hard.  I have met nurses who came here not knowing a word of English from somewhere deep in Africa, and they studied hard, learned not only English, but medical terms in English, and read those four inch medical books and passed exams about them.  They work hard.

“Oh, pardon me, I will shut up so that you can tell us your much better smarter idea”.

Yep, especially in tech, there is this uncanny tendency of many men to treat women like they are silly school girls dabbling in something that is way over their head.  I have been in tech for twenty years now.  It is surprising how many times I have been in a networking group and men have told me, “I work with compuuutersss” saying it kind of slowly in case I don’t understand.  Right.  Oh wow!  That’s amazing!  I tell them!  I work with flowers!  I have been in so many damn meetings where the guys talk right over the women that I could scream.  In fact it happened just a couple of weeks ago!  In 2018!  And the crazy thing was that the meeting was intended for me to meet the woman and to see her work.  He tagged along, and talked over her and corrected her.  Right in front of me!  So I hardly learned anything about her, except that she was stuck with this guy who didn’t respect her.  You know what, I am completely convinced that if women were able to get their ideas out there and implemented, the world would be a different place.  You know it.  I know it.  We all know it.  So lets make it happen!

O.k. so all of those things that I have mentioned, those are all of the things I have had in my head around what sort of company I want to build and what I think will create the most effective, successful team.  I want to avoid all of those things.  I want a team that feels awesome, that is appreciated for their expertise,  that is never never never ever ever belittled or talked over, and that can thrive! It is thrilling to work in this way!  There is no ego getting in the way of a true solution, or trying to impress the boss (which is me, and what impresses me is when I hear the words, “oh, excuse me, I didn’t mean to interrupt, go ahead, what is your suggestion?”  Doesn’t that sound beautiful?  We have women from four generations.  Women on our team over 50 means expertise, precision, and mentoring.  Youth means exploration and learning.    I want to have a team that knows and literally swerves around the MUSTS.  Driving your elderly mother to the hospital is NOT a choice.  It MUST be done.   Your children MUST be cared for. So when we have these MUSTS, we simply work around them and cover for each other.  We all understand.  We all know.   We are in this together.  And that makes MIGHTY!